"Our love story is a bit serendipitous. We both grew up in Grand Rapids, MI, played tennis at the same club, and even had the same tennis coach (who years later was the reader at our wedding). A five year age difference kept us at a distance even though I had a crush on Brian. College and life took us in separate directions.

"Years later, I moved to Chicago. Brian was already living here. I was new to the city, so I reached out to him to tell him I moved here. He asked where in the city I was living and told him. He said my apartment was literally the building next door to him! We couldn't believe it! We started hanging out and setting each other up with our friends. Told all my single friends I had the perfect guy for them. He did the same. Little did we know that we were perfect for each other.

"We dated for nearly four years. On Aug 28th, he proposed -- but I didn't make it easy. It was a long week of work. I wanted to reschedule our date night to the next day so I could relax, but he said after some rest I might feel better. I didn't, but I gave in put on a dress. I climbed into an Uber Black Car, while Brian ran upstairs because he forgot his watch. The driver confirmed with me that we were heading to Mastro's Steakhouse. I said I thought we were headed to Girl and the Goat. When Brian got in the car I asked if we were heading to Mastro's. He said, yes for a drink.

"When we got there, the hostess walked us upstairs rather than to the bar. I asked why we were walking upstairs and he didn’t reply. The hostess walked us to private dining room that was decorated with balloons, flowers, and champagne. I walked out and said something to a waiter about how this wasn't our room. We were only there for a drink! The waiter walked me back in. Brian thought at this point I knew, so the waiter pushed me down on a chair and he got down on one knee. I was completely surprised!

"Our day was magical! Brian and I went for a three-mile run together on the Lakefront. It was a balmy 28 degrees that morning. It was so nice to have time alone before the day got started. We are avid runners, so these days when we run on the lakefront and see The Drake I have a huge smile on my face reminiscing about the day and our first look on the rooftop.

"The moment I walked down the aisle was one that was unexpected! I was so excited to see everyone that I started waving and saying hello to everyone! I couldn’t contain my excitement that close friends and family was all there for us. Saying our vows I couldn’t focus. I was so excited to be standing in front of everyone and marrying my best friend! We celebrated and danced so much that we were sore the next day!

"Wedding planning was very easy for us. Jessica Schultz from Sweetchic took care of a lot. I trusted our florist and never saw my flowers until I walked down the aisle! It was a simple and elegant wedding. It was fitting for us, as it reflected who we are as people. Nothing over the top, just something simple and nice." 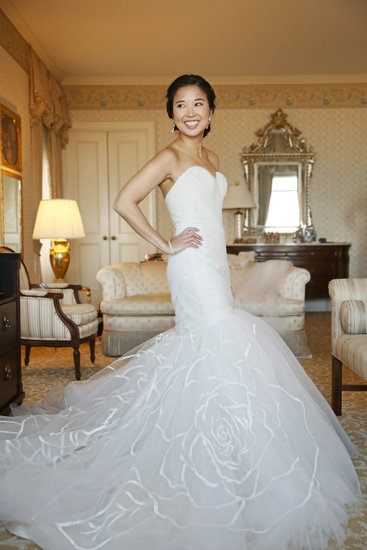 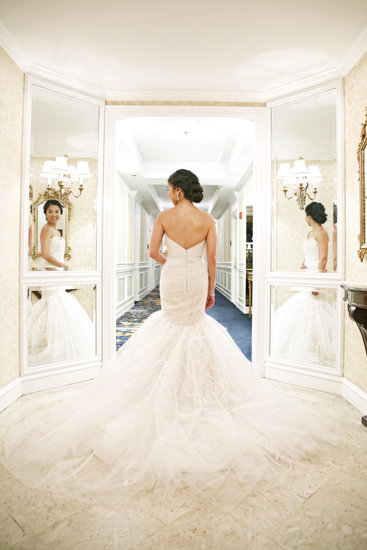 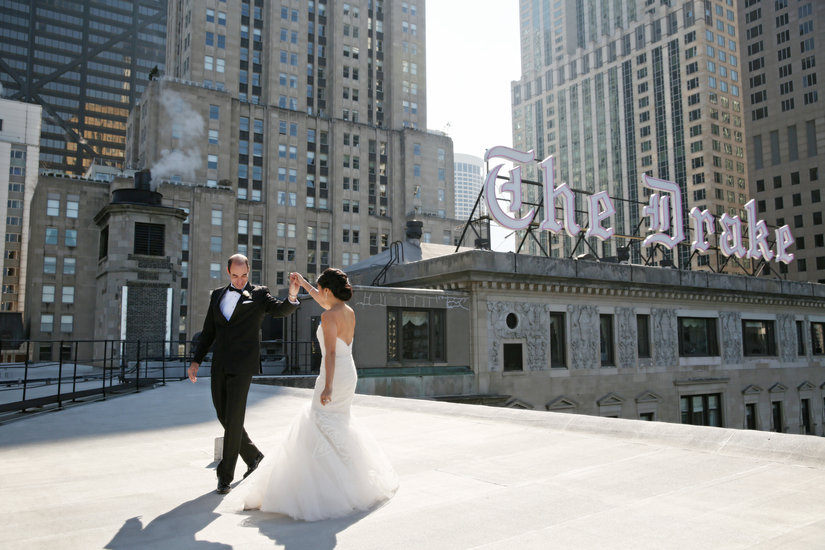 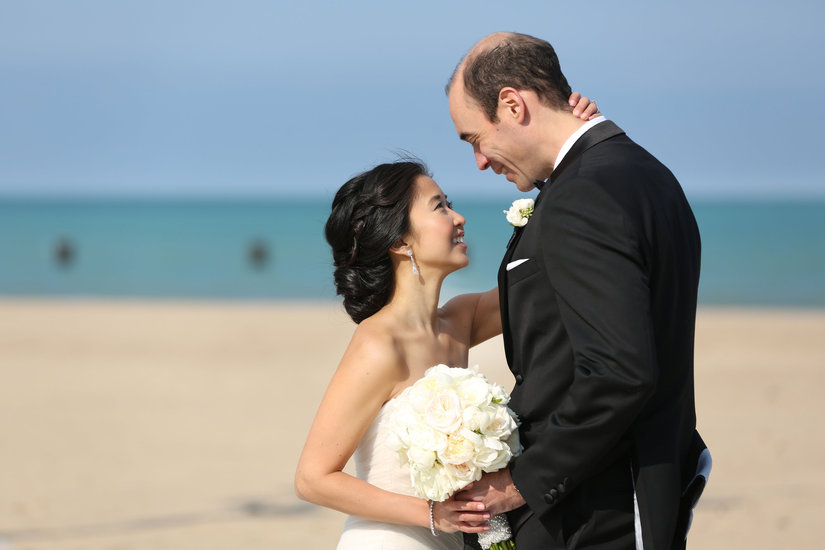 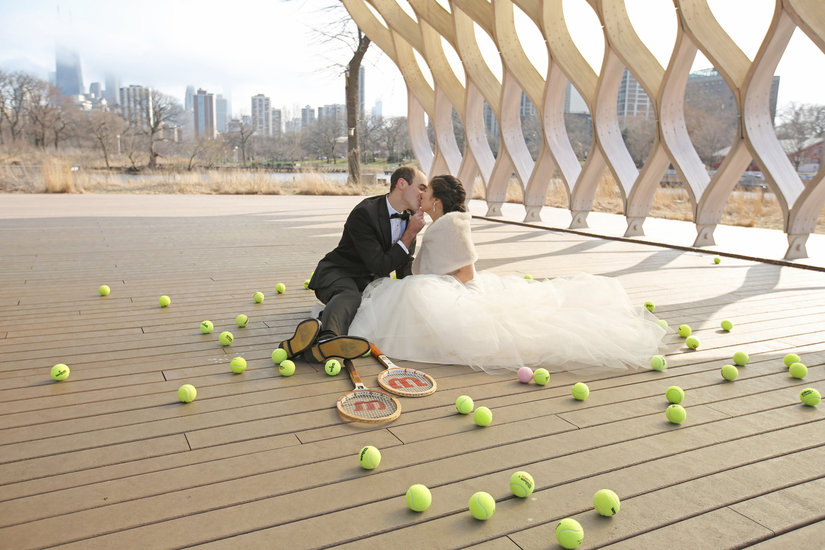 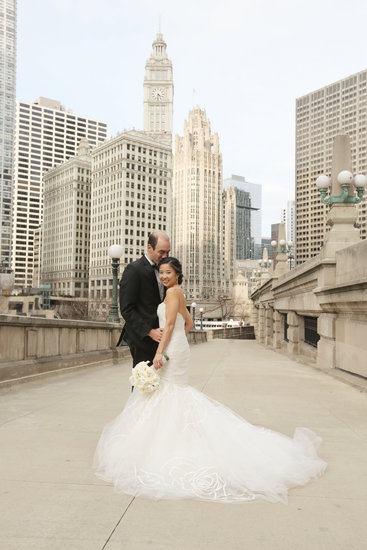 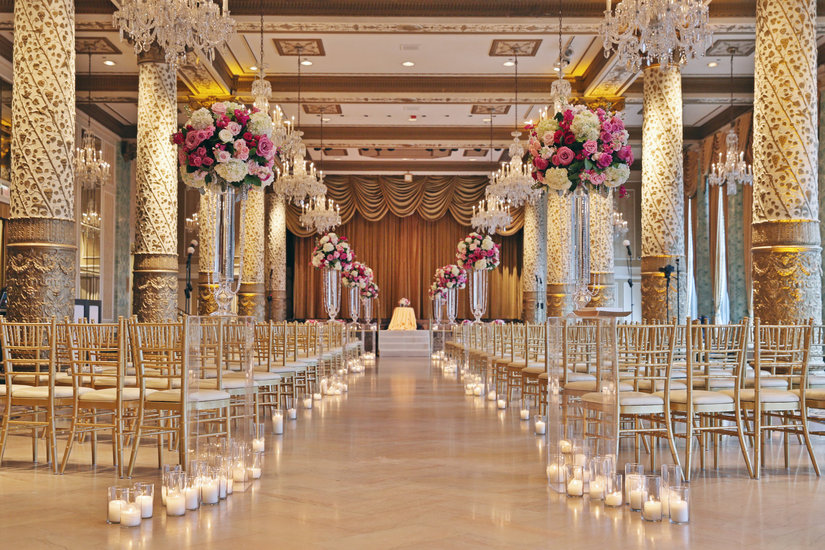 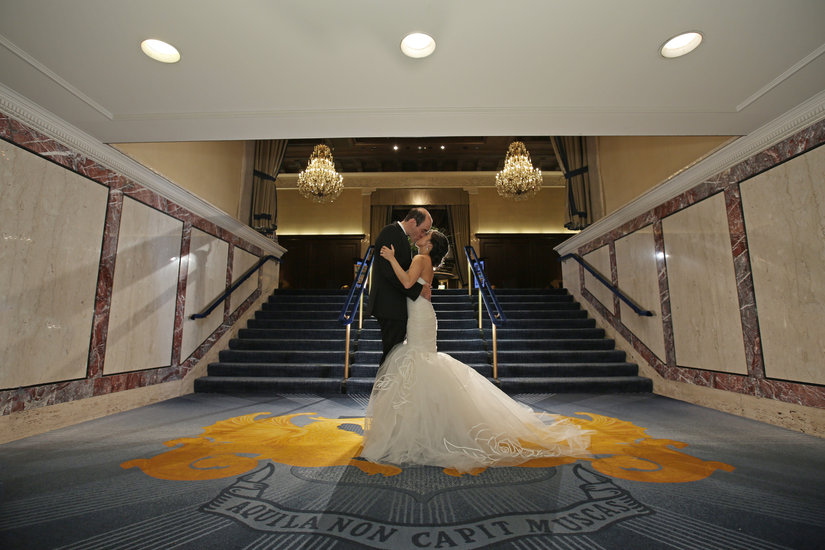 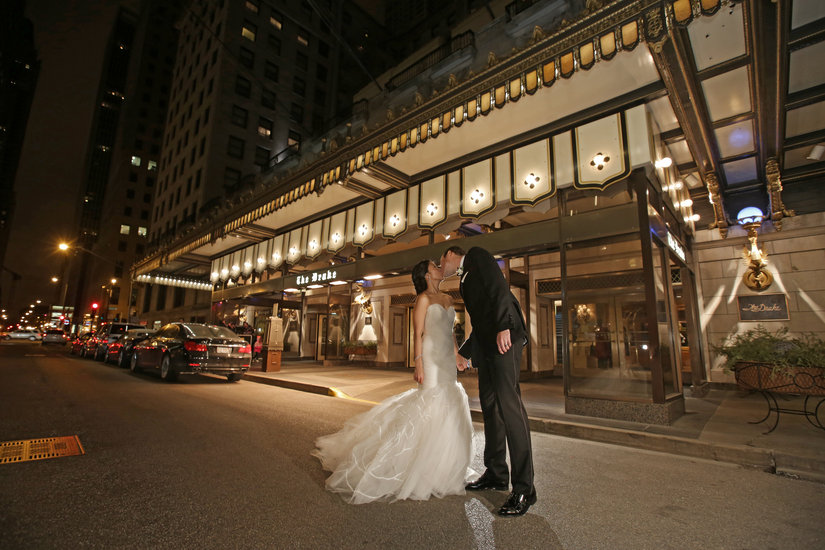