American girl, meets a London boy...
Nick and I met in Denver, where we were both living & working at the time. He was in the US for a work placement that was ending in less than 3 months! We fell in love and after a few whirlwind months of long distance, I moved to London.
Nick proposed in September 2020, our 3 year anniversary, while "holidaying" in the Greek islands. And so the wedding planning began!
I knew I was a Hayley Paige bride before I even knew who Nick was! So when it turned out there was a Hayley Paige trunk show going on in Denver the next month, when I already had a trip booked, it felt like fate and I was ready to find my dream gown.
Living in London, away from my family in Colorado, they didn't get to be a part of all the wedding planning. I went to the Hayley Paige trunk show at Anna Be Bridal with my mom and brother which meant so much to us all.
Being obsessed with Hayley Paige and following Instagram religiously I went in with a list of gowns I wanted to try. The consultant took me around the whole shop but I only had eyes for Hayley. They pulled Banksy, Lauren, a blush ballgown, but then... holy god of sparkles, RADLEY! I'd seen the fitted version on Instagram (and died), it had just come out, but knowing I wanted a ballgown, discounted it. But then, all the sparkles of the fitted version, in a ballgown!!! That was it. I knew no matter how many shops I went to, dresses I tried on, I would never find a dress to top it. I said, "yes to the dress!"
The bridal shop actually sent a video of me in it to Hayley and she responded with a voice note which made it all the more special.
Okay to the wedding...
We were married on 29 May 2022 at Hengrave Hall in Bury St Edmunds, UK. Hengrave Hall is a Grade I listed Tudor manor built in 1525 and also happens to be in Nick's hometown! Being such a stunning venue we focused everything around the existing gardens, architecture, style of the manor. Using the palest of pinks and LOTS of flowers it was romantic and whimsical, a fairytale wedding. The bridal suite that the bridesmaids & I got ready in (and that Nick and I stayed in that night) is named the Elizabeth suite after Queen Elizabeth I stayed there in 1578. We had just over 100 guests from all over the world who joined us for our wedding ceremony, drinks reception on the west terrace, 3 course meal, speeches, cake cutting, dancing and sparklers. Throughout the wedding we created a fusion of British & American traditions from the actually wedding processional, to speeches- Maid of Honor (a US tradition) & Groom (a UK tradition) and of course, the father daughter dance which isn't very common in the UK. Just before the first dance I snuck away to put my sleeves on (I went sleeveless for the day) and came out with my "second look"! It was the perfect solution to wanting a second look but loving your dress too much to want to take it off!
It was the most magical day that I've been dreaming of for longer than I can remember and, thanks to my amazing Hayley Paige gown, sparkled all day long... 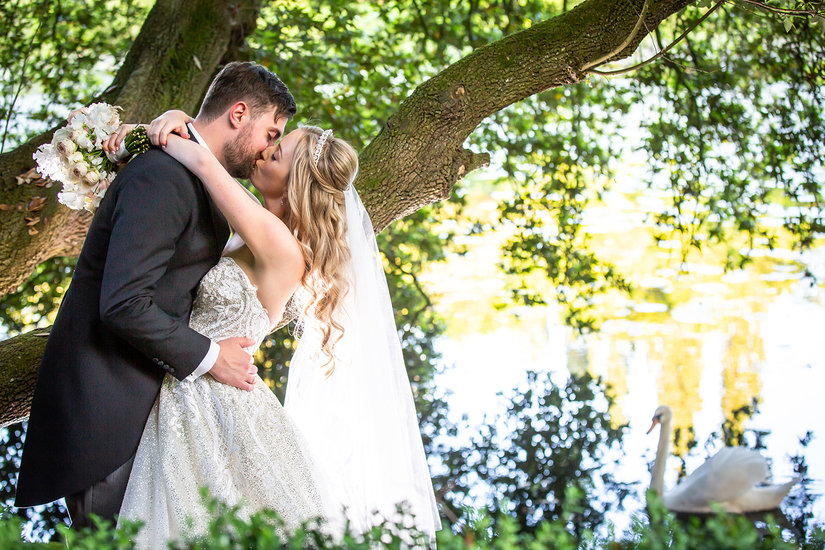 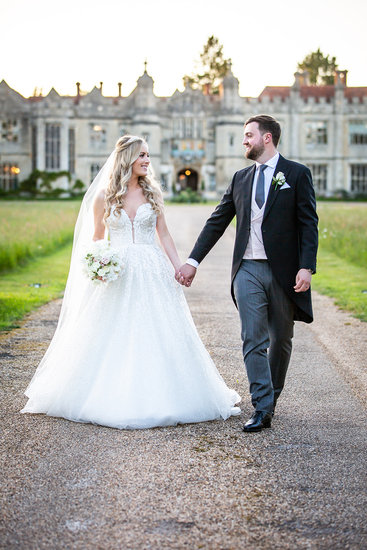 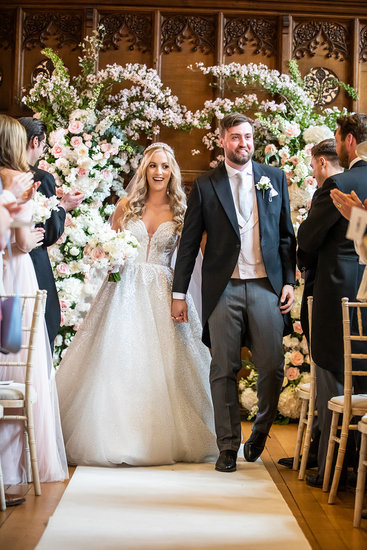 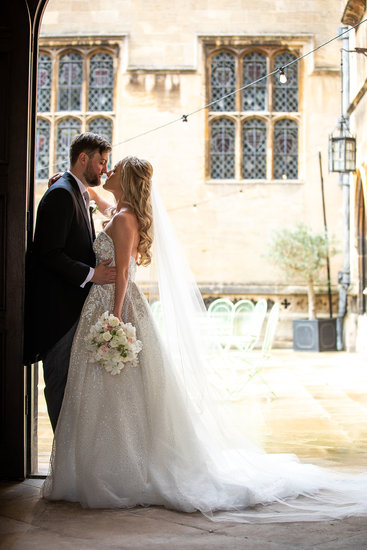 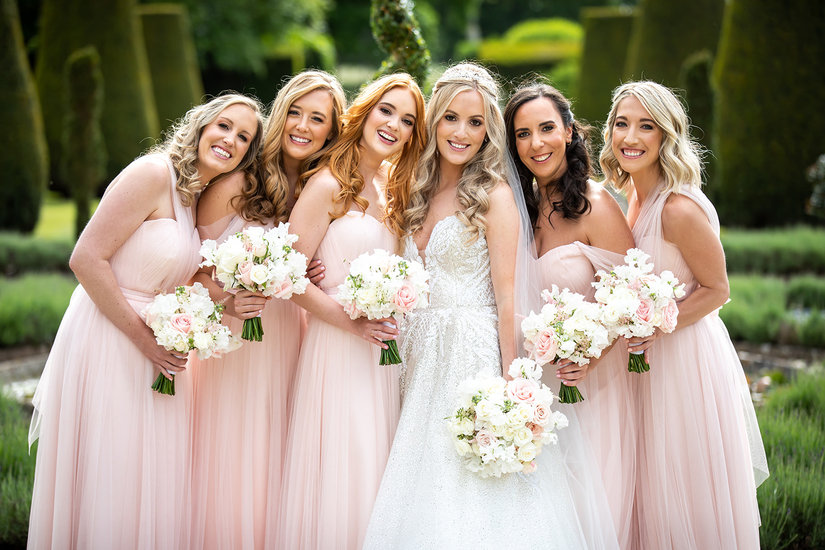 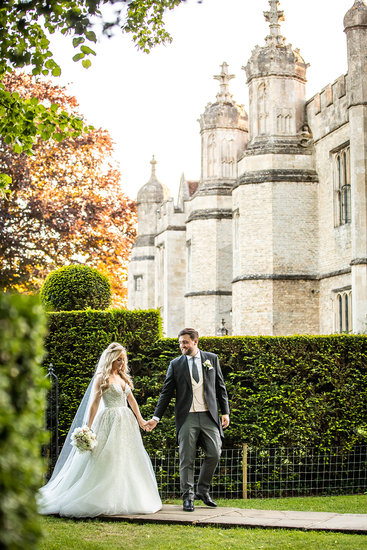