Steve and Jen met in April 2013. They were introduced by Steve's friend who worked with Jen at her first job straight out of college. Since neither Jen nor Steve wanted to admit they were going on a blind date, they played their first encounter off as a "networking" event, since Steve was in law enforcement and Jen was on the hunt for a new job related to the criminal justice field. Their first "date" involved multiple rounds of beer and wings at a hole in the wall bar in NJ. Since then, they've traveled to over 20 cities and five countries together, adopted their little pal Toby, and have spent every Valentines Day together at Château de Blanc a/k/a White Castle. Jen found Hayley Paige's Lumi gown in June 2017 at Kleinfeld Bridal in NYC. According to her bridal consultant, the dress JUST arrived at the store the day prior, and she was the first bride to try it on! It was love at first sight. Steve and Jen got married in the Pocono Mountains on 11/30/2019 surrounded by their closest family and friends. 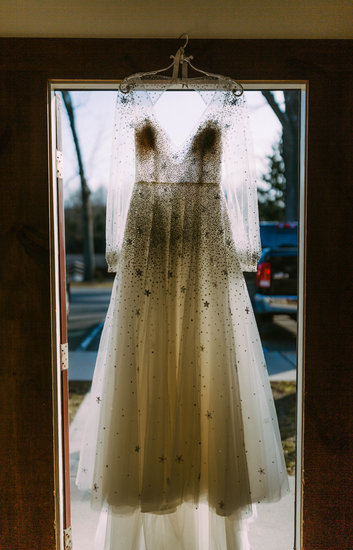 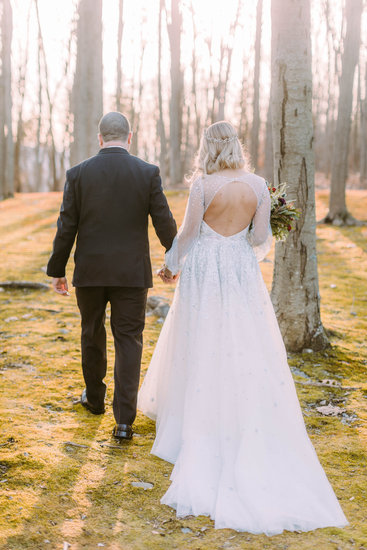 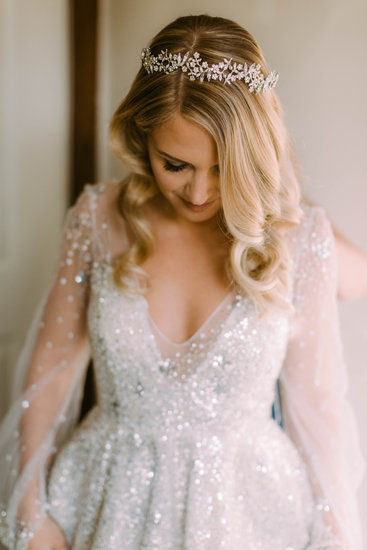 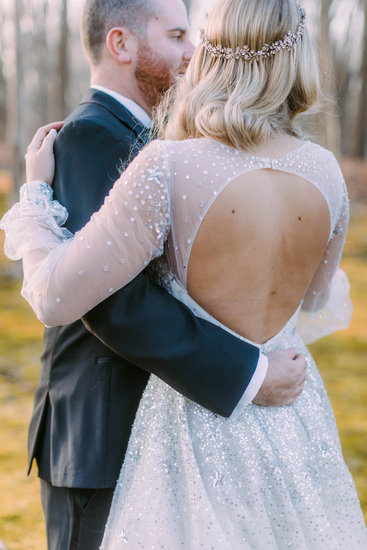 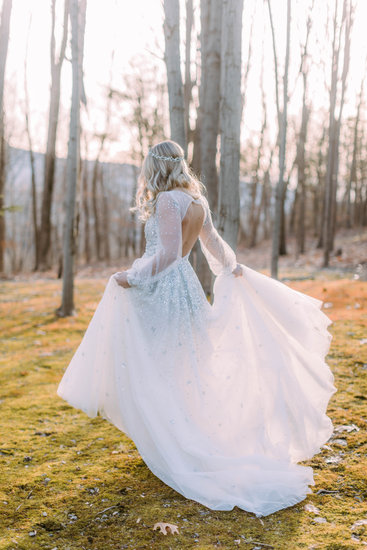 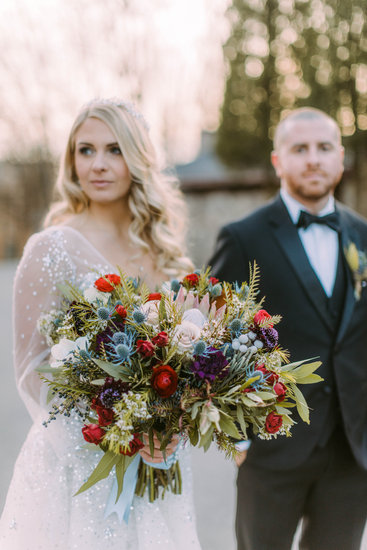 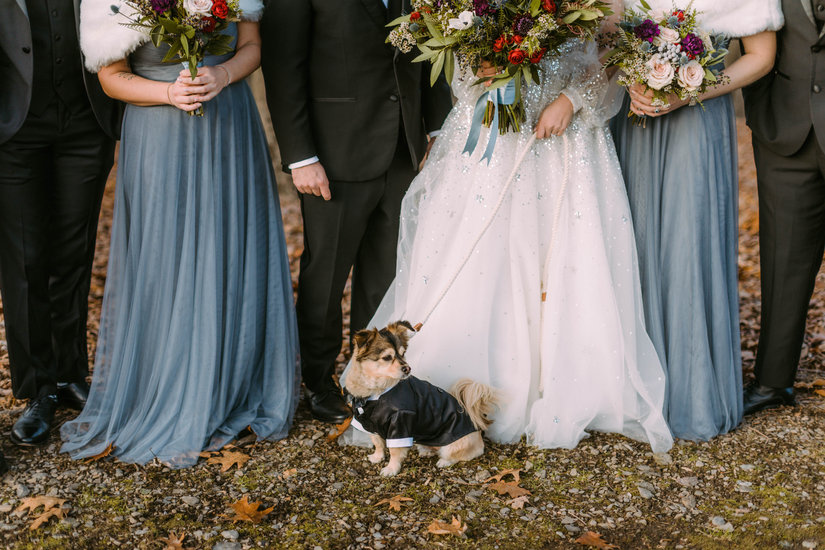